Homicide crimes are serious offenses that carry heavy penalties. If you have been charged with such a crime in Phoenix, whether it be vehicular homicide or other murder charge, it is imperative that you speak with an experienced Phoenix homicide lawyer as soon as possible. Contact AZ Defenders today. We have the knowledge, skills, and experience to effectively pursue the best possible outcome for you after being charged with a violent crime. 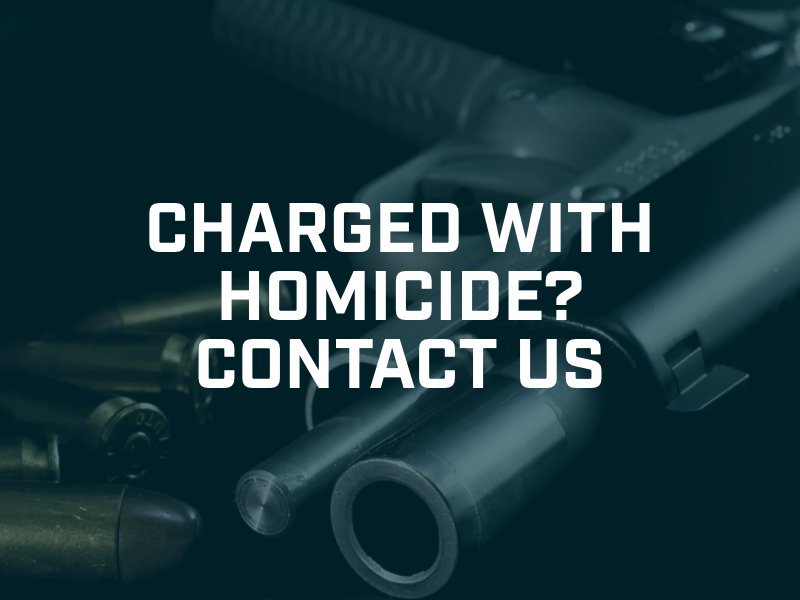 Why Hire AZ Defenders for Your Homicide Charge in Phoenix?

What Are the 4 Types of Homicide?

Homicide crimes are criminal offenses related to homicide or the death of a person deliberately or unlawfully caused by another. According to Arizona crime statistics, there were at least 331 reported murders in 2018, with 274 people arrested. There are several types of homicide, including:

At AZ Defenders, our Phoenix homicide attorneys have decades of experience handling homicide and murder charges, including negligent homicide, manslaughter, first- and second-degree murder. Contact us immediately if you or a loved one has been charged with homicide.

Penalties for Homicide in Arizona

Under Arizona Revised Statutes Section 13-1102, a person commits negligent homicide if, with criminal negligence, he or she causes the death of another person, including an unborn child, at any stage of its development in the womb. Negligent homicide is a class four felony and is typically punishable with prison time. A person may not be prosecuted under this section if:

As stated in ARS Section 13-1105, first-degree murder is a class one felony punishable by life imprisonment or death. This violent crime is committed when, intending or knowing that his or her conduct will cause death, a person, with premeditation, causes the death of another person, including an unborn child; causes the death of a person, acting alone or with one or more persons, while in the process of committing any of a number of specific crimes; or intentionally or knowingly causes the death of a law enforcement officer acting in the line of duty.

Contact Us for a Free Consultation With a Phoenix Murder Lawyer

Homicide crimes are among the most serious charges you could face. Call the AZ Defenders law office at (480) 456-6400 to speak with one of our Phoenix homicide defense lawyers as soon as possible for experienced criminal defense. Or, if you prefer, you may contact us online to discuss your homicide charge or murder case.

Wow!!  If you want exceptional legal counsel and representation look no further. From the first phone call, I was impressed with their level of professionalism and ability to handle a situation as complex as mine. Thanks to their guidance I am back on my way to pursuing a life that I wondered if I could even get back to. Thanks especially to Jonathan and Tiffany!  They were so patient and understanding throughout it all.