Although marijuana has been legalized for medical purposes in Arizona under the Arizona Medical Marijuana Act, it is still an illegal drug for any other purpose. It is a felony to possess, use, sell, produce, transport for sale, import, or transfer marijuana in this state. If you are facing a felony charge of a marijuana crime or a marijuana DUI charge, it is in your best interests to speak with an experienced Phoenix marijuana attorney as soon as possible. Contact the AZ Defenders law office for dedicated advocacy and experienced representation.

While cannabis is not considered a dangerous drug, under Arizona law (Arizona Revised Statutes Section 13-3405), it is unlawful for Arizona residents to knowingly:

As stated in the statute:

For more information regarding marijuana laws in Arizona, speak with a knowledgeable marijuana lawyer in Phoenix.

A strong defense to a marijuana charge in Arizona could save you from the most severe penalties applicable in your case. At the AZ Defenders law office, our Phoenix marijuana lawyers can start your case with an assessment of its facts. With this information, we can create an effective and personalized defense strategy against your criminal offense.

Other defense possibilities your criminal defense attorney can explore include planted drugs, missing drugs (missing evidence), a crime lab analysis showing the alleged drug is not a drug and lack of control over the marijuana. The right defense could prevent life-changing consequences and help you move forward with less of a criminal record for a marijuana-related charge. 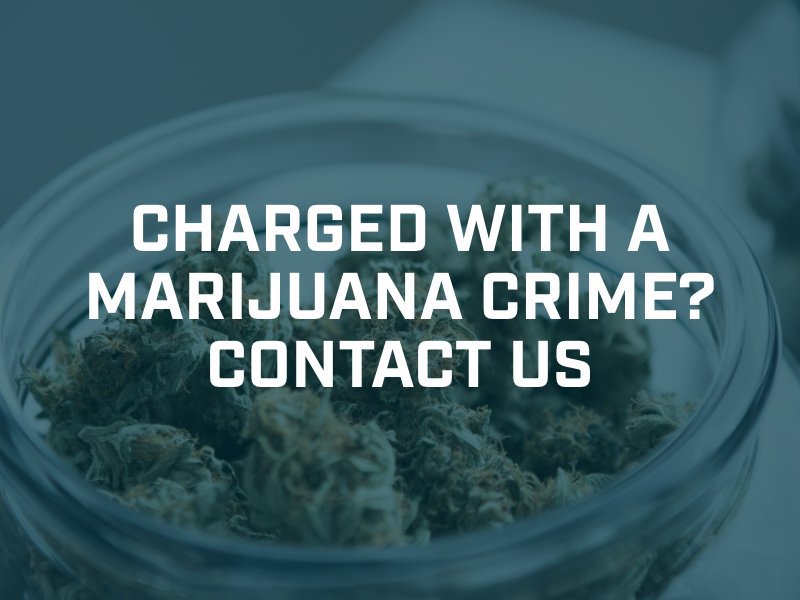 Penalties for Possession of Marijuana in Arizona

Penalties for possession of marijuana for personal use depend in part on the amount possessed. Possession offenses can often be reduced to a class one misdemeanor with the help of a Phoenix defense attorney experienced with drug possession charges. In addition, you may be able to attend and complete a diversion or education program and have the charges dismissed.

Proposition 200 prevents nonviolent first and second-offense drug users from being sentenced to jail time. After a third conviction, however, you may be facing incarceration. Sale of marijuana and possession with intent to sell come with harsh penalties, including large fines and prison terms.

Alternatives to Jail for Marijuana Possession

A few different statutes authorize sentences that offer alternatives to jail or prison time for marijuana offenses. ARS 13-901.01, for example, allows for a sentence of probation instead of a prison sentence. Other common alternative sentences are diversion and deferred sentencing. Probation means the defendant must keep up with certain conditions such as drug testing or else go to jail. Diversion is a program intended to keep the defendant away from drugs, such as counseling or treatment. Deferred sentencing is the postponement of a sentence while the defendant completes certain requirements for his or her criminal offense, such as community service or house arrest. A marijuana offense does not necessarily mean jail time. Your marijuana attorney in Phoenix can explain the possible alternatives to jail in more detail.

Schedule a Free Consultation with a Phoenix Marijuana Lawyer

If law enforcement has arrested and charged you with a marijuana crime in Phoenix or anywhere in the state, contact AZ Defenders right away. Our Phoenix marijuana defense attorneys have in-depth knowledge of marijuana laws and the criminal justice system in Arizona, and we will raise every possible defense against the charges. Call our office at (480) 456-6400 or submit an online form to discuss your legal issue.