It is unlawful in Arizona to knowingly possess or use illegal drugs. Penalties upon conviction depend on the type of drug, the amount in your possession, and whether you have a criminal history. If you are facing drug possession charges, contact an aggressive Phoenix drug possession attorney at AZ Defenders as soon as possible. Our legal team has the knowledge, experience, and dedication to effectively pursue the best possible outcome in your case.

To immediately access the resources at any point on this page, please click the corresponding link below.

Why Do You Need a Lawyer for This Drug Possession Case? 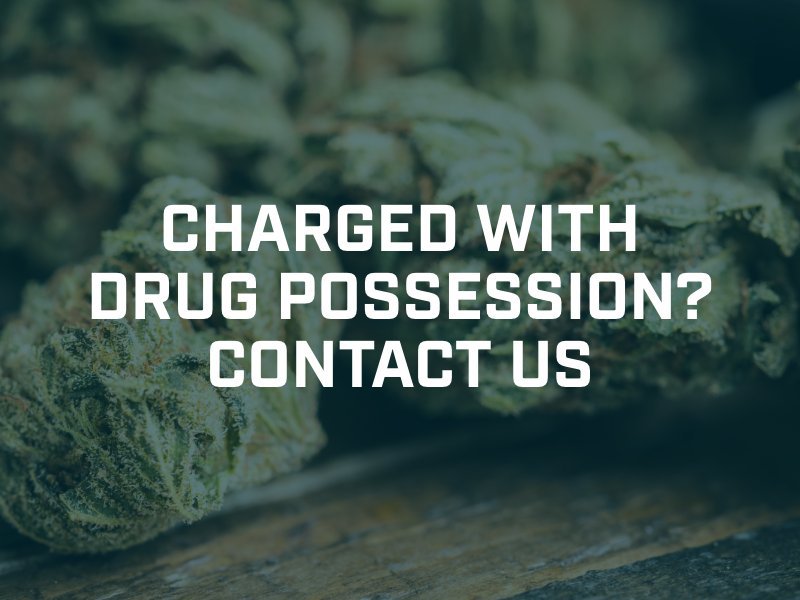 Under Arizona Law, What Are Dangerous Drugs?

Medical marijuana has been legalized in Arizona. However, recreational use, non-medical cultivation, and possession with intent to sell are still serious drug crimes. For more information regarding what constitutes a dangerous drug in Arizona, speak with a knowledgeable Phoenix defense attorney experienced in handling drug possession charges.

Conviction of drug possession can seriously impact your future, including loss of money and services provided by the state, such as scholarships, tuition waivers, welfare benefits, and public housing. Since Proposition 200 was passed, nonviolent drug offenders are not sent to prison for a first or second conviction, but rather sentenced to probation and mandatory drug treatment. However, if probation is not completed successfully, the court may impose jail terms.

Arizona’s drug laws list threshold amounts. These are specific quantities of different types of drugs that correspond to mandatory prison terms. These terms will apply if you are convicted of the charge, even if you are a first-time drug offender and have no criminal record. The threshold amounts refer to both the quantity of the drug as well as the type and nature of the narcotic. The drug thresholds are found in A.R.S. Section 13-3401. They read, in part:

Drug measurements that meet or exceed these thresholds will automatically result in mandatory prison time if the defendant is convicted of the crime. The higher the quantity of the drug involved in the case, the more severe the mandatory prison sentence. This is because higher amounts signify to the courts that the defendant intended to sell, transport or distribute the drug. These offenses are penalized more severely than drug possession for personal use in the State of Arizona.

Understanding threshold amounts and how to argue them is important for your case and future. If your lawyer successfully challenges the drug threshold, this can save you from facing a mandatory prison sentence as a result of a conviction. It could also help you achieve other favorable outcomes in your criminal case. An experienced drug defense lawyer in Phoenix can get the best results possible for your case through in-depth knowledge of the criminal system and how threshold amounts work.

How Long Is a Sentence for Drug Distribution?

While being convicted of any type of drug possession crime in Arizona can come with severe penalties and repercussions, drug possession with intent to distribute is a more serious crime in the eyes of the law. Possession with intent to sell, transport or distribute becomes a matter of public safety for lawmakers. It comes with the possibility of multiple drug users, new addicts and related consequences rather than only one person possessing or using the drugs. For this reason, the courts penalize drug distribution crimes more heavily than simple drug possession.

According to A.R.S. 13-3408, knowingly possessing a narcotic drug for sale or transport is a class 2 felony. This is an enhanced crime compared to simple possession of a narcotic drug, which is a class 4 felony. The sentence for drug distribution is also enhanced – it includes up to five years in jail and/or at least $750 in fines. This is twice the maximum jail time of 2.5 years for simple drug possession in Arizona. This is why it is important to hire a criminal defense lawyer to argue against allegations that you possessed a narcotic drug with intent to sell or distribute.

Politely decline to answer any questions until you have an attorney present. Having legal counsel with you during police interviews is your constitutional right. Your lawyer can recommend what to say and when not to answer questions to minimize the amount of evidence against you. From there, your lawyer can help you get out of jail while you wait for your arraignment hearing, enter the correct plea during the arraignment, and negotiate a plea deal or create a defense strategy that is tailored to protect your future as much as possible.

Are There Defenses Against Drug Possession Charges?

How a Phoenix Drug Possession Attorney Can Help

Hiring a skilled drug possession attorney in Phoenix can transform your legal experience. Your lawyer will provide invaluable advice with information about the exact criminal charges against you and the justice system in Maricopa County. Your lawyer will use his or her knowledge and experience defending clients to build the strongest defense available on your behalf.

The abilities of your criminal defense attorney could be all that stands between you and a considerable sentence for a drug possession conviction, which could include years of jail time. In addition to exceptional legal representation during your criminal case, your attorney can improve your peace of mind during what might be the most difficult and stressful time of your life.

Your lawyer can answer all of the questions that you have after getting arrested and provide sound legal advice. You will also receive a frank and honest look at the odds of winning your case and the sentence you might face if convicted. Knowing what to expect can help you and your family plan for the future and feel more in control of what happens next. 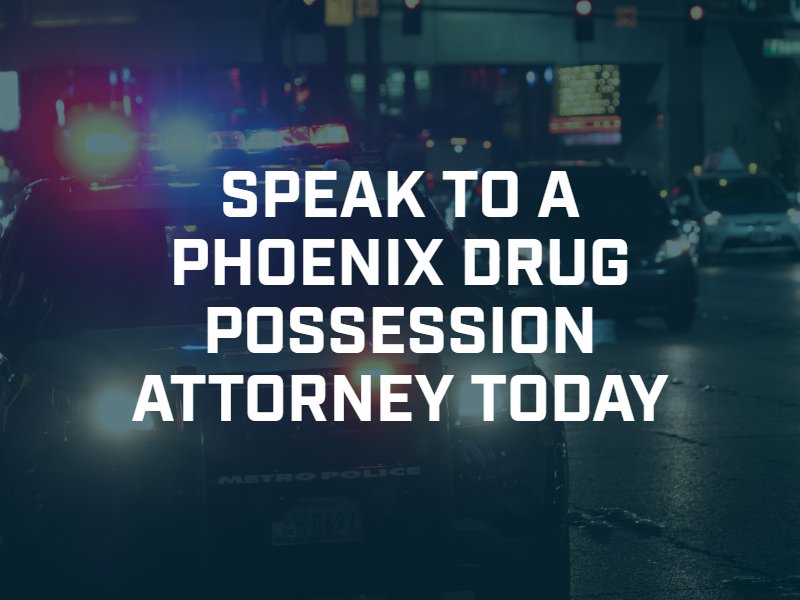 Schedule a Free Consultation with a Phoenix Drug Possession Lawyer

Being charged with a drug crime in Phoenix is a frightening experience for a good reason. A conviction can carry serious penalties and negatively impact your future. If you have been arrested or charged with drug possession, call a Phoenix drug possession attorney at AZ Defenders right away. Your best course of action is to get an experienced criminal defense lawyer by your side.

This group is great to work with!  Very professional and organized as well as responsive to any questions.  Along the way, I was provided with some very good tips that saved me a lot of time and hassle.  Craig is a great attorney and was able to get me a reduced outcome on my case.  I highly recommend working with them for your needs.  I wouldn’t hesitate to call them again!