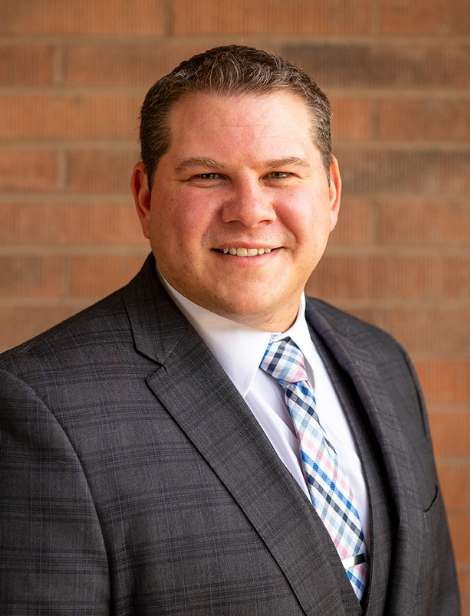 Attorney Howard Dworman was born and raised in Metro-Detroit, Michigan. Howard attended Western Michigan University, in Kalamazoo, Michigan, where, in 2006, he earned his B.A. in Criminal Justice.  Howard is proud to be a Bronco. During his time at Western Michigan he engaged in social events, worked full-time, and was active in intramural ice hockey, roller hockey, and soccer. When he was not busy with friends, sports, or studies, Howard was actively involved in the Criminal Justice Student Association. Howard’s scholastic achievements afforded him the opportunity to work alongside many professors as a Teaching Assistant. The College of Arts and Sciences recognized Howard’s work and proudly presented him with a Certificate of Appreciation upon graduation.

Following undergrad, Howard moved back to Metro-Detroit and became a Parole and Probation Officer at the Michigan Department of Corrections. After two years Howard was promoted from Field Agent to Court Liaison where he represented his colleagues in court, conducted pre-sentence investigations, and drafted pre-sentence reports for many high-profile cases. Howard’s analytical thinking complimented his role as a Court Liaison Officer. In 2011, Howard relocated to Arizona. He continued his profession as a probation officer with the Maricopa County Adult Probation Department. Howard’s experience, strengths, and abilities were immediately recognized by the Adult Probation Department and he was immediately assigned to an Intensive Probation Supervision (“IPS”) caseload. Additionally, the State of Arizona recognized Howard’s accomplishments and experience; Howard served as active member of the AZ Gang and Immigration Intelligence Team Enforcement Mission (“GIITEM”), and an adjunct instructor for courses in defensive driving courses and defensive tactics.

In 2013, Howard retired from community corrections to fulfil his life-long dream and attend law school. After completing his first-year courses, Howard earned a merit-based scholarship for academic success and performance. While attending law school, as expected, Howard’s warm and welcoming personality shined. Howard was the President and Co-Founder of the Criminal Law Society, a student group which focused on networking and giving back to the community. Howard applied to, and was appointed to advocate for his fellow students as an Honor Court Defender. Moreover, Howard’s peers elected him to represent them during their final year as a Student Bar Association Delegate. Howard also advanced his integrity as a member and Officer with the Phi Alpha Delta national law fraternity, as the Goldwater Chapter Marshal. Finally, in 2015, Howard was awarded the prestigious Danny A. Foundation Memorial Scholarship in Criminal Law. Throughout law school, Howard proudly received several Dean’s List awards, and, on December 15, 2015. earned his Juris Doctorate degree as he graduated near the top of his class

Additionally, Howard has drafted and argued appellate briefs at the State and Federal levels, including the Arizona Supreme Court and the 9th Circuit Court of Appeals. Howard has conducted bench and jury trials, evidentiary hearings, probable cause hearings, and in-custody Initial Appearances.