What Is the Age of Consent in Arizona?

Consent is a complicated legal concept surrounded by a lot of confusion and misinformation. Under the umbrella of sex crimes law, consent is the informed agreement to engage in sexual activity with another person. The age of consent is a minimum age at which someone is legally old enough to make decisions for him or herself – including whether or not to engage in sexual activity. The age of consent differs from state to state. 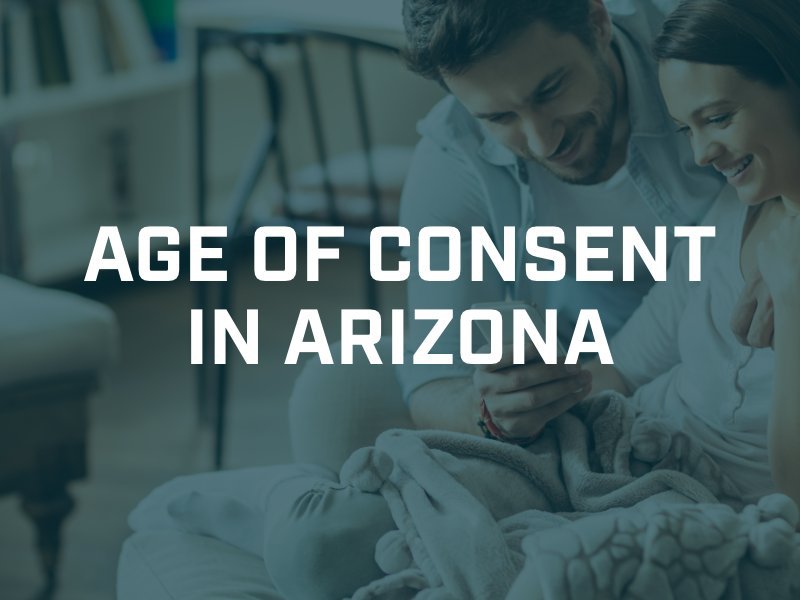 Arizona’s Age of Consent Is 18

Statutory rape under Arizona Revised Statute §13-1405 is the act of intentionally or knowingly participating in sexual activity, including sexual intercourse or oral sex, with anyone who is under the age of 18. This law applies even if the minor consents to the sexual activity. Statutory rape is a class 2 to class 6 felony depending on the age of the minor and the relationship between the parties. There are, however, certain exceptions to Arizona’s age of consent law.

Age of consent can get tricky when you dive into Arizona’s exceptions to the rule. There are circumstances in which someone over the age of 18 can lawfully have sexual relations with someone under the age of consent; however, these circumstances are limited. One exemption – commonly known as the Romeo and Juliet Law – is if both parties are close in age.

This exemption states that if a couple where both participants are close in age, but one or both are under the age of consent, engages in consensual sexual activity, they are safe from prosecution. If the alleged offender is under the age of 19 or currently still in high school and is not more than 2 years older than the victim, consensual sexual activity will not be a crime. The close-in-age exemption can either completely protect a couple from prosecution or serve as a usable defense to sex crimes charged based on a lack of age of consent.

Defenses to Age of Consent Crimes

If you are facing criminal charges based on lack of age of consent, it is critical to hire a Phoenix sex crimes lawyer in Arizona to defend your rights. These are complicated cases with a lot on the line. A conviction for a sex crime such as statutory rape could mean years spent behind bars and a permanent criminal record that impacts your rights and freedoms.

Arizona Revised Statute 13-1407 lists a few available defenses to sex crimes charged due to lack of age of consent. This law says it is a defense to show that the act in question was performed as part of lawful medical practice. It is also a defense to assert that the defendant did not know the age of the victim if the victim was 15 to 17 years old.

Other possible defenses include a marital relationship between the parties and the close-in-age or Romeo and Juliet argument. A defense attorney in Phoenix can aggressively protect your rights using the correct defense strategy for your unique situation.