What To Do if You Are Accused of Child Molestation 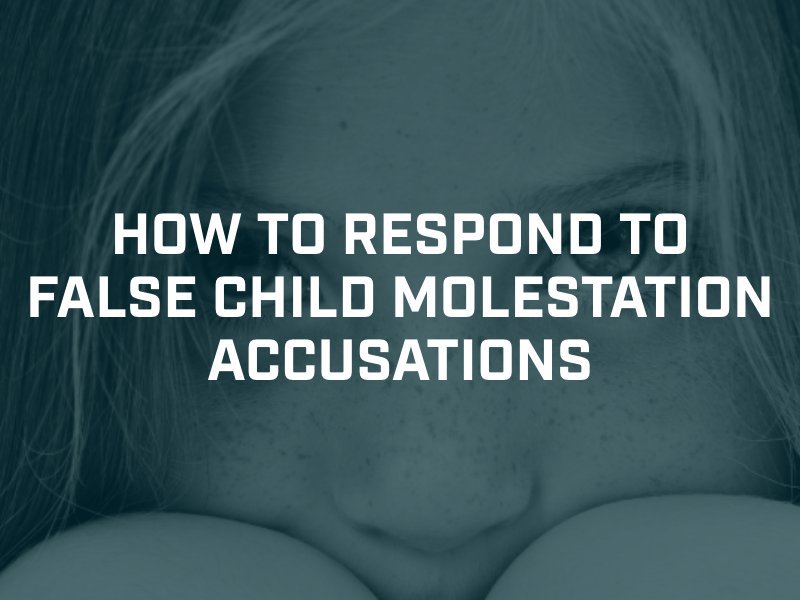 Use Your Right To Remain Silent

First, use your right to remain silent. Do not answer any questions asked of you by investigators, the press, the police, the child’s family members, or a Child Protective Services or welfare office. These parties do not have your best interests in mind and may use what you say against you later, even if you did not commit the crime. Instead, maintain your silence until you have a Phoenix sex crimes attorney present to represent you. An attorney can advise you on what to say and what not to say to best preserve your rights as a suspect or criminal defendant in a child molestation case.

Do Not Talk to the Alleged Victim or Family

Although your first instinct when facing a false child molestation accusation may be to contact the child’s family to clear up the matter, it is important not to take this risk. Contacting or confronting the accuser or the accuser’s family is a mistake that could place you in a more negative light and harm your criminal defense. This is especially true if a judge has already issued a protective order prohibiting you from contacting the accuser. Anything you say to the accuser’s family could be twisted around and used against you. In addition, your emotions may be running high, and a confrontation could harm your character.

Gather and Preserve Any Evidence

Fighting a child molestation accusation requires evidence, documents and records that refute the allegations against you. Do your best to preserve evidence that may prove your innocence or poke holes in the prosecutor’s case against you. This may include receipts, photographs with timestamps, video surveillance footage, GPS records, emails, letters, text messages, tickets and other pieces of information. You should also collect evidence regarding your relationship with the victim, such as photos, records and objects.

One of your goals should be to establish an alibi – proof that you were someplace else or with other people when the alleged child molestation event occurred. You can use documents and records to create a timeline of your whereabouts on that day. You should also write down a detailed account of where you were and what you did at the time that the alleged crime was committed. Do not give any evidence or records to the police or a child welfare office; instead, bring the information gathered to a criminal defense attorney in Phoenix.

Written statements and oral testimonies given by witnesses can provide strong evidence in your favor during a child molestation case. Make a list of possible witnesses that may have information about the allegations, understand your relationship with the child, or saw or interacted with you on the day in question. You should also create a list of people who can act as character witnesses. Having trustworthy witnesses testify on your behalf can strengthen your alibi and defense.

The consequences of a child molestation accusation can be extremely severe. It is imperative to consult with an experienced criminal defense attorney in Phoenix if you’ve been accused of a sex crime involving a child. Your lawyer can prepare the strongest possible defense on your behalf based on the facts of the case, the evidence available, your criminal background and other factors. Then, your lawyer can represent you during pretrial hearings and a criminal trial, if necessary, to fight aggressively to defend your rights.